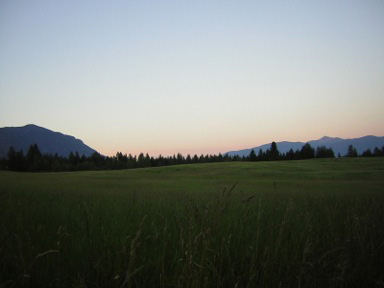 There is a vast difference between ownership and stewardship. Anyone can own land; it takes consciousness, caring, humility and a spirit of awe and wonder to be a steward.

Q. Barbara, how did you begin to teach?
A. Questions began to come in, first from seed customers, about how to make compost and how to bring life forces, that is nutritional forces, into the soil and the crops. During marketing trips, which were my windows into the wider culture I began to see kitchen waste going to landfills instead of to the compost pile, how the drinking water was undrinkable and there was little knowledge about how to deal with what the culture calls “waste.” I realized that more and more people wanted to live as I was brought up, to grow their own food, and sometimes to hunt and fish. They knew that they needed to feel one with Nature which we all are. Many wanted to become stewards but they didn’t seem to know how to do it. I didn’t know any other way to live outside of my understanding that the human body was no different than the Earth’s body. I knew too that the land needed to be loved and nourished just the same way that we need love and nourishment.

Q. Orchard work, food crops, care of animals, growing out heirloom seeds–what’s the common factor here?
A. In all cases we are working with the life forces and the Nature Spirits who are the architects of the spiritual world and the plant, animal, mineral and human kingdoms.

For 18 Years [1989-2005] Barbara was founder and steward of Aurora Farm, 31 highly diversified acres of gardens, fields, pastures and woodlands in the Kootenay River Valley of British Columbia. There the first North American Biodynamic seed company was born, along with herbal medicines and teas, flower essences and apprenticeship training in Biodynamic agriculture.

Two sons, William and Nathan were brought up with highly nutritional food and had Nature as their childhood ally–no need for doctor visits, nor for a long time public schooling.

Barbara saw and felt how the soil’s health is intimately linked to human health. She began to have a direct perception of the original spiritual impulse behind Rudolf Steiner’s Biodynamic initiative.

In 2005 we sold Aurora Farm and my late husband Woody and I journeyed to various initiatives in the U.S. and the Azores searching for others who were interested in working with an economy of the land rather than an economy of the marketplace. In 2006 Barbara taught composting on a vineyard complex in the Cape wine growing region of South Africa. There she worked with Xhosa speaking gardeners and found that the language of Nature is universal and the word for compost is the same the world over.

HOW BARBARA WORKS WITH YOU ON YOUR LAND

Gather your questions first. Whether it is an backyard garden, a farm, a ranch or a vineyard I will assist you to nourish your innate abilities of direct perception (intuition) to bring balance and harmony to the land, which involves aligning with good intentions for a Right Relationship with All Beings. In this way you will be co-creating a etheric node on the universal web of life, which links to others of a similar nature. I prefer to do this over a three day period and I will need a quiet, clean place to be while I tune into the spiritual forces present on the land.

We live in a time when Mother Earth needs our assistance to spiritually evolve, help from conscious human beings, help that is mediated through the soil, through enlivened compost and enlightened action, through good intentions.

Testimonial
It is with great anticipation that I have awaited the Aurora Flower Essences. I spent some very memorable time on Aurora Farm in 1995 and 1996. There is no doubt that it is a magical place. The terrain is quite different from its surroundings in southern BC and as I drove up their driveway I felt transported to another planet. A place of great peace and purity, and yet pulsing with a powerful healing energy. Under the stewardship of Barbara and her sons it had been transformed into a thriving Biodynamic farm, farmed strictly according to the principles of Steiner.

As a homeopath I believe strongly in the Spirit or Life-force inherent in the substances we use with healing intent. It thus becomes of vital importance to consider the way in which they have been grown and collected. The Aurora Flower Essences in my mind represent the very highest in quality and intent, brought to us with Love and Care.

I am excited at the prospect of bringing the magical healing powers of Aurora Farm into my practice in Cape Town, South Africa. — Murray Rushmere, MD